The world’s biggest oil producers are in the Middle East, but fuel stations there are not immune to sweeping change hitting the retail fuel industry. 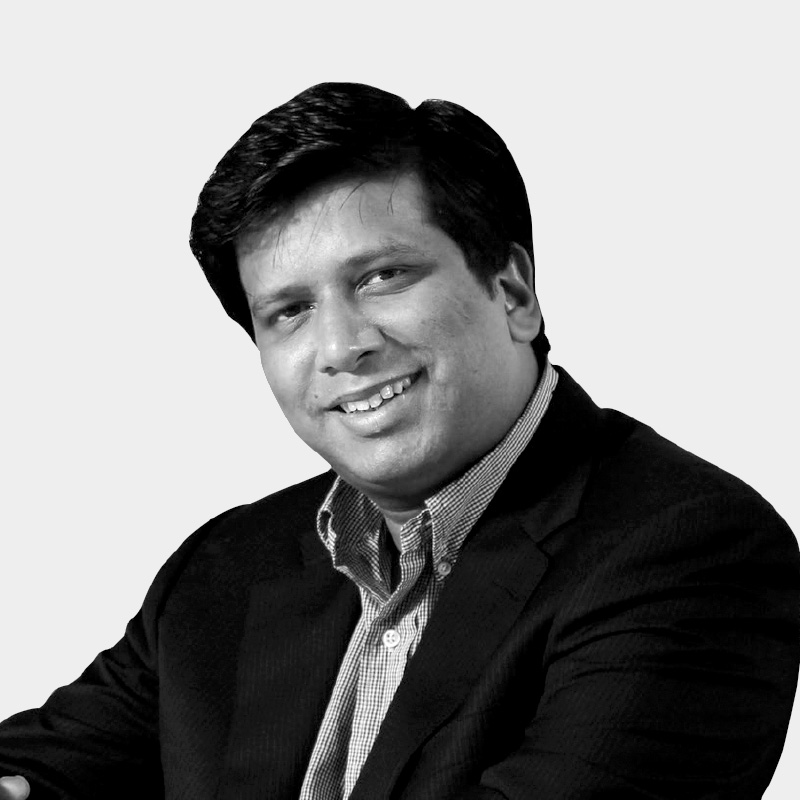 Are fuel stations dying? It’s a strange question to ask of a market that is expected to reach $2.7 trillion in revenue globally by 2022.1 But with the rise of alternative fuel sources, ride sharing, electronic vehicles and the impact of changing consumer behaviors and evolving regulations, the question is not so outlandish.

To explore what the fuel station will look like in 2025—and whether it will one day go the way of drive-in movie theatres and public telephone booths—we talked with Publicis Sapient energy and commodity experts in several geographies.

Ujjwal Deb, vice president, discussed the landscape in the Gulf Cooperation Council, an alliance of Middle Eastern countries that includes Saudi Arabia, Kuwait, Qatar, United Arab Emirates, Bahrain and Oman. The region is a study in contrasts that is coming to terms with the global push for more sustainable fuels.

Interview has been edited for style and clarity.

What should we know about this region today to understand the future of the fuel station?

Not to think about it as a region. This is a collection of distinct countries that get grouped together. But when it comes to the retail fuel market, countries like the United Arab Emirates (UAE), Saudi Arabia and Qatar are at very different stages of the evolution. The UAE is the most advanced. The fuel stations there are much like what you would find in Western Europe or the United States.

“A significant portion of people are not drivers themselves. This greatly impacts experience design.”

I’m surprised to hear that about Saudi Arabia considering that it is the world’s biggest oil producer.

Yes, people who don’t know the region are surprised. Until recently, Saudi Aramco, the national petroleum and natural gas company, has been focused on the upstream business. But with global climate around sustainability and the development of electronic vehicles, the government has realized the need to make the economy less dependent on fossil fuels.

As part of this, we’re seeing Saudi Aramco push into the downstream business. The company is partnering with Total—investing about $1 billion in developing a network of fuel stations in Saudi Arabia. This will be a major force driving what the fuel station looks like there in five years.

Consumer demands are shaping so many industries globally. Is this true in these countries too?

Absolutely. Consumer demand is a major force of transformation in fuel retail across these countries, especially those that are in a more mature phase. Consumers are very digitally savvy. Mobile phone use is huge. Every store, gym, retailer—you name it—has apps that people use.

So consumers are big into digital. What else should we know about them?

For one, a significant portion of people are not drivers themselves. This greatly impacts experience design. It is one thing to gear the fuel station experience to the driver. It is quite another to gear it to the person in the back seat who is the one paying the bills. Forget driver voice recognition technologies that are being explored in other regions. They don’t apply here.

“There are six game changers that fuel retailers need to get right now to remain relevant to their future customers.”

Owners don’t tend to get out of their cars at fuel stations. So in some countries, station attendants pump the gas. And in countries with a more mature retail fuel industry, payments happen on a mobile card reader.

I’d also say that people in these countries like getting a good deal. Who doesn’t really? Also, while they care about protecting their personal data, these consumers are typically more open to their data being used to tailor targeted offers. This bodes well for the ability to bring hyper-personalized experiences to the fuel station of the future.

Knowing all this, what services and experiences do you expect at fuel stations in the next five years?

There are six game changers that fuel retailers need to get right now to remain relevant to their future customers. They are mobile apps, electric vehicle charging stations, fingerprint authentication for payment, expanded food and beverage, convenience and personal services. These are as relevant in North America and Europe as they are in the UAE and Qatar.

But in Saudi Arabia, they have to focus on getting their stations to a baseline, and evolving from there. Ultimately, I expect that if ideas that have worked in the West are presented, and there is interest, we may see shorter implementation times, so they have an advantage.

You mention electric vehicle charging stations. So even in this petroleum-rich part of the world, alternative forms of transportation are gaining traction?

Yes, even though it seems counterintuitive. But governments realize that the status quo must change over time for the future of their economies and for the planet. There is interest in exploring alternative fuel sources, and investments are already happening. Did you know that the world’s largest single-site solar farm is located in Abu Dhabi? Most people are surprised to hear this.

How will industry players know which of these services to prioritize?

The data will tell them. That is why micro-segmentation of consumer data is so important to building the fuel station of the future. There are different consumer personas to consider. There is a lot of driving among the seven Emirates, which means there are a lot of people driving longer distances. They are going to want to fuel up, rest up and get a bite to eat at the station. These long-ride consumers obviously have different needs than people driving—or being driven—on short trips or daily commutes.

“There has to be something fundamentally different [about the fuel station] that excites consumers and fills an unmet need.”

You mention data. Is the industry equipped to extract value from data?

Fuel retailers have to be. Data is the currency of customer experience. Machine learning will be critical here. The industry needs to feed algorithms with rafts of point-of-sale data to create targeted offers. Machine learning can do this at speed and scale.

To push a personalized offer based on past behavior to a customer as he or she is driving up to a fuel station, the station itself will be an essential component sooner than many fuel retailers realize. This takes an extensive data lake with robust analytics, and it has to happen essentially in real-time. Machine learning and artificial intelligence make it possible to make sense of and manipulate data at this pace and specificity.

For example, we helped a large global oil company collect data for about seven million consumers. For the first time, the company was able to build rich customer profiles and better understand their behaviors so they could provide more personalized offerings—which in turn has increased the company’s market share.

Do you envision fuel retailers working with partners to provide retail services?

I certainly do. This is happening today. For example, there are McDonald’s restaurants in Abu Dhabi National Oil Company (ADNOC) stations, the UAE’s state-owned oil company. I do think the industry will expand the kind of partnerships it has so that it can provide services beyond the typical food and beverage and convenience offerings. A partnership with Amazon, and the installation of Amazon lockers is not out of the question here.

Five years from now, is pumping gas still going to be the top reason people go to the fuel station?

There is no reason why it can’t be something else—something that we don’t even call a fuel station anymore. This will take a completely new value proposition. You can have better food and more convenience offerings, but that still doesn’t move the needle on the station as we know it today. There has to be something fundamentally different that excites consumers and fills an unmet need.

“Fuel retailers don’t have to transform overnight.They need to prioritize changes that make the most sense for the business.”

What does the industry need to start doing today to get to this future state?

Every player needs to have an objective view of where they are on the maturity scale. They also need to invest in market research and analyze their own data to do the kind of crystal ball gazing that we are doing in this conversation. What is the art of the possible? Players also need to localize ideas and solutions that have proved successful in markets in Europe and North America.

It doesn’t have to be. Fuel retailers don’t have to transform overnight. They need to prioritize changes that make the most sense for the business, and pursue those in an agile, iterative manner. In these countries, the fuel station of the future will be born from a continual evolution. I think there are a lot of exciting things ahead to create a destination that people visit out of choice, not necessity.

Read the rest of the series here.