What Banks Need to Know About the Real AI Revolution 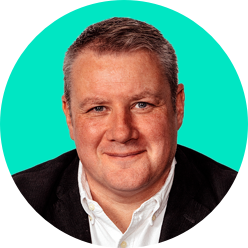 Artificial intelligence (AI) can be a frustratingly ambiguous phrase in casual conversations because of its wide-ranging connotations. It’s often envisioned as a helpful assistant like Rosie the Robot from “The Jetsons” at best or an existential threat like HAL 9000 from “2001: A Space Odyssey” at worst – both predictions just beyond the horizon.

But right now, no super computer like Watson from “Jeopardy” is dominating the stock market. Your 401k isn’t doing any better because of robotic advisors. Instead, AI is performing menial tasks that tend to go unnoticed by the general public but have made modern life more convenient.

Although AI and machine learning (ML) will continue to evolve, this field has already utterly transformed our lives. The anticipation of sentient robots has distracted the public from the quiet revolution that’s already happened right before their eyes. It was behind the scenes. And it will endure. Nowhere is this more apparent than in financial services.

Zachary Scott, associate managing director at Publicis Sapient, said AI will continue to improve the manual and repetitive processes that underpin much of financial services: identifying and targeting new customers, servicing existing customers, handling risks and controls, managing operations and reporting along the way. “We believe almost all FS services will be automated in the future, especially with the increasing rise of digital only transactions. Behind this automation will be a wide range of AI/ML use cases which are already beginning to emerge,” Scott said.

For banks, he said, the key to success will be scaling initial use cases to industrial scale and handling its effects on the organization. Managing via algorithms as opposed to processes will be a considerable challenge. Customer journeys, staff responsibilities, oversight regulations and operational processes are going to change alongside the technologies. “But, as we’ve already seen with the rise of high frequency trading and algorithm led hedge funds – those that are able to make this transition can quickly differentiate while those which can’t will be quickly left behind,” Scott said.

Simon James, the group vice president of data science and AI at Publicis Sapient, said the public takes the practical application of AI for granted, which casts unevolved companies in an unflattering light overall.

Today, having lackluster AI can seriously harm a brand. For instance, it’s so easy to set up an Uber account that it makes consumers wonder why other companies cannot have such a simple process. “People don’t say that the company back-end AI is lame. They say that the actual brand is lame because they don’t have visibility into what’s happening behind the curtain,” James said.

In 2018, the European Union’s second Payment Services Directive (PSD2) and the United Kingdom’s Open Banking directive forced the large financial institutions to share their valuable customer data. The British version was designed to break up the dominance of the UK’s Big Four banks – Barclays, Lloyds Banking Group, HSBC and Royal Bank of Scotland – but their market share was largely unaffected.

Some capitalized on the opportunity to access the banks’ data. For instance, accounting solution providers like Xero and Intuit expanded the reach of their offerings and payment service providers like Tink created platforms to help banks. And though UK challengers like Monzo and Starling Bank launched competitive products, the Big Four’s initial fears about Big Tech encroaching on their space were unfounded.

“Technology giants like Facebook or Amazon have not (yet) launched their own banks or started to produce mortgages,” James said. “The companies that registered for open banking offered a mix of services such as accountancy software and payment solutions but we are yet to see a breakaway from established business models of the past to significantly impact large banks’ share.”

That has actually been helpful. Without human directions, recent AI programs can work through a small business or individual’s financial paperwork and let them know where they aren’t compliant with regulations.

Again, the public was expecting major changes and threats to consolidated power in FS. But what it got was modest but helpful solutions around compliance – not a colossal sea change.

Publicis Sapient partnered with ESI ThoughtLab and other leaders in AI to produce this special report, looking at the best ways to capitalize on artificial intelligence and maximize its myriad benefits for business.

Just like the Open Banking laws, AI is perhaps less important in the short term and more important in the long term. American futurist Roy Amara famously said, “We tend to overestimate the effect of a technology in the short run and underestimate the effect in the long run.” Scott and James broke down a few ways AI is having profound effects on FS institutions:

“The biggest leaps forward here are on tracking the customers engagement with the bank throughout this lifecycle, and then using all of this information to drive the right interactions with that customer with the right channel.”

“It’s no longer as impressive when Google’s AI beats another expert human at a computer game because nothing significant is at risk. Now we're in the production mode. Things have changed.”

According to Scott, financial institutions can take four actions while digitally transforming to make the most of AI and ML:

There hasn’t been fanfare around a robot writing more graceful prose than an acclaimed novelist because it hasn’t happened yet. We haven’t reached these milestones because AI’s true promise was pointed and understated – not cinematic.

Few people outside computer science care about the mechanics of AI. But it’s more important for financial professionals to distinguish hype from reality, know what they can deploy now and understand challenges coming down the pike.

By keeping the above in mind, they can work toward redesigning their businesses behind the scenes. And when actual AI closes the gap with the AI of our imaginations, they will be ready.

Simon James
Back to top