Meet the New Clients: How to Manage Millennial Money 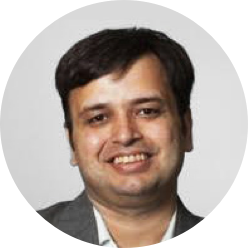 In the midst of the greatest wealth transfer in human history, wealth management advisers need to prepare for how their new clients will change the status quo.

Although estimates vary, industry experts say the Baby Boomers, born 1946 to 1964¹, will pass trillions of dollars to their children in the near future and that this fluid environment will set the stage for missed or seized opportunities in the wealth-management space.

Cerulli Associates, an asset management research firm, says nearly 45 million U.S. households will hand over $68.4 trillion to their heirs and charities in the next 25 years. Although Generation X, born 1965 to 1980, will become the wealthiest generation, the sheer preponderance of Millennials, born 1981 to 1996, has elicited spirited commentary about their financial attitudes and behaviors. The U.S. Census Bureau reports that Millennials comprise 83.1 million of the U.S. population – exceeding the 75.4 million baby boomers.

Set back by the global financial crisis of 2007 and 2008, Millennials fear market volatility and distrust financial institutions – contributing to fairly conservative financial decisions despite fairly liberal opinions. According to Capital Group, 85 percent think it’s important to have a long-term financial plan, 58 percent are conservative investors and 56 percent claim to have a financial adviser.

Now Millennials have reached the age where they are making important decisions that will have major impacts on their finances and responsibilities for decades to come – purchasing a home, getting married, having children and so on.

A study by LinkedIn and Greenwich Associates found two out of five Millennials are actively looking for new advisers, which modern technology has made even easier. They are more likely than other generations to seek real-time information and find educational content on finance via social media.

Manish Moorjani, senior director of product management at Publicis Sapient, said it’s important for wealth management advisers to help the transfer in ways that address the needs and concerns of the younger generations. Far more than developing a new phone app, advisers need to embrace a holistic approach.

There’s no time like the present. Millennials are already your clients. 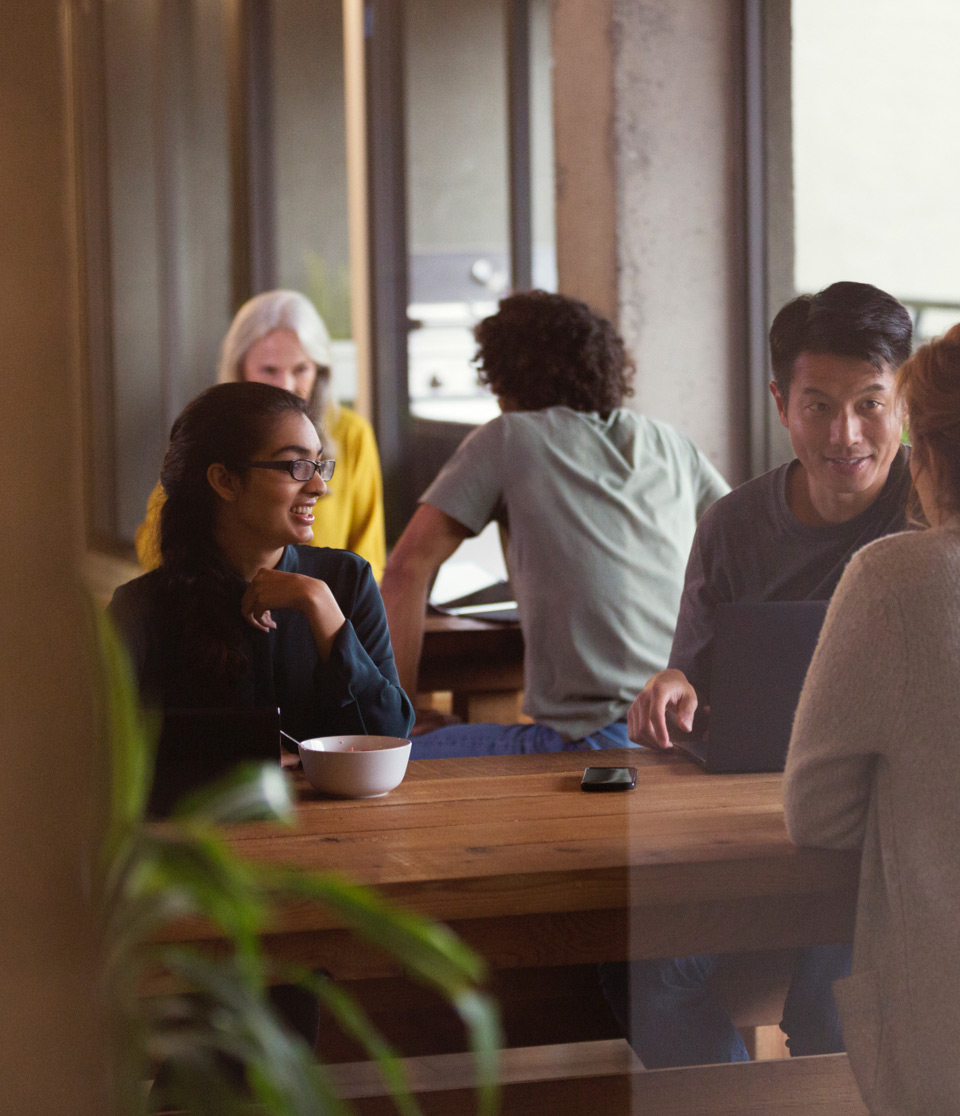 “When financial advisers manage someone’s investments they aren’t dealing with an individual but an entire family. They need to engage in conversations and develop relationships across generations,” Moorjani said.

Seniors may prefer to meet their advisers in person just as they have for decades. They can review hardcopies of their financial investments over coffee or dinner at their adviser’s dark mahogany desk surrounded by leather-bound economics books. The old-fashioned way can bring a sense of stability, comfort.

Millennials, meanwhile, are less likely to want regular in-person meetings with advisers. They might request more information upfront via digital channels for their own perusal before advisers gain their trust.

“Young people tend to believe that they are different and unique and want to be treated that way. Being different is synonymous with being cool,” Moorjani said.

Traditionally, high net worth (HNW) and ultra-high net worth (UHNW) get a white glove service. That’s why they are paying. They want the best available. This might mean the adviser is expected to take the big check and just go on to manage their finances dealing with their CPAs and others, and then coming back periodically to provide updates.

Moorjani said Millennials are more likely to want their advisers to treat them as partners – not clients. They want their opinions on the economy, markets, sectors to be heard and weighed for investment decision-making.

“They may or may not have the necessary knowledge and skill to be able to make investment decisions, but they feel they’re empowered with the amount of information they get,” Moorjani said.

According to Moorjani, meetings with Millennials should feel more like collaborating than advising. Just like all generations, some of these attitudes will be driven by “entitlement” or “ego,” whereas others will be entirely rational.

Educated for one economic reality, the Millennials graduated into financial crisis, which sparked the Great Recession. Although reactions to this financial crisis vary greatly, Millennials show greater levels of skepticism toward established norms and procedures. The Makovsky Wall Street Reputation study shows that the majority of Millennials do not trust financial institutions.

It’s about the psychological mindset of those experiences as well as the explosion of data. Millennials have a lot more information available at their fingertips than their parents had. Older clients trust relationships and people and the Millennials tend to trust data.

He said Millennials may like their advisers and think their advice is well-meaning and sincere, but they still want to see the data personally to verify whether it’s accurate.

Achieve and the Case Foundation published the Millennial Impact Report in 2019 after 10 years of researching the largest body of data yet compiled on how Millennials in the United States engage with social causes. They found that Millennials equally value their time, skills, talent, money, voice, purchasing power and ability to network. They also consistently demonstrated through words and actions a desire to become “everyday changemakers.”

One anonymous survey respondent said the Millennial legacy will be the “everyday do-gooder.”

“Millennials will be remembered for integrating cause engagement into their daily lives,” the participant said. “It's not something they do sometimes or think about sometimes; it's a part of who they are and what they expect of one another.”

Moorjani sees this desire manifesting in Millennials' investment patterns as well. He said this generation is concerned with environmental, social and corporate governance (ESG) criteria: the three pillars socially conscious investors use for measuring the social and environmental impact of potential business investments.

“The older investors who accumulated wealth cared a lot more of ‘me’ and ‘my family,’ whereas the Millennials are a lot more about thinking broadly and societal engagement,” he said.

According to a survey of HNW investors by Morgan Stanley Institute for Sustainable Investing, an overwhelming 95 percent of Millennials expressed interest in sustainable investing.

When addressing Millennials, Moorjani continued, advice on how to invest in ESG-specific products resonates greatly.

“They would like to stand up for a cause or something in which they believe,” Moorjani said. “It’s a very big factor in their decision making, beyond just how much of a return the investment is making for them.”

Investors are tired of having a siloed view of their finances. They talk to one adviser after another – none of whom are talking to each other – about different aspects of their investment portfolios. These advisers are largely blind to other aspects of their clients’ investments, whether it be real estate or business, and tend to focus on showcasing their services and products. Clients want a more comprehensive view of their investment portfolio.

Anticipating the younger generation’s sensibilities shows the importance of improving digital experiences in ways that might not be readily apparent. A wealth management firm that bases its decisions solely on the feedback of their current client base will just be a follower and not leader in a marketplace that's already been disrupted by fintech.

“A single fee relationship or household/account has different stakeholders spanning across generations, as an adviser firm you need to be able to cater to the needs of them using omnichannel experiences that they feel most comfortable with,” Moorjani explained. “As the wealth transfer happens these channels will help you stay connected and nurture relationships with the younger generation. That’s key.”

According to Moorjani, we are in an era of hyper-personalization. Advisers should use channels designed specifically for these “new clients” to move forward.

There used to be a strong demarcation between someone’s personal identity and wealth management. Your personal life was your personal life and business was business. This has already started to change for older generations, but the difference is even more pronounced among Millennials and Generation Z who have spent much of their lives curating images of themselves over social media and other technologies.

One’s personal and professional identity should neither be identical nor conflicting. These personae should be complimentary. There will be significant tension if someone advocates for specific causes but invests in industries or organizations that appear antithetical to these professed beliefs. But it’s not just about feeling or appearing ethically consistent or avoiding charges of hypocrisy. It’s more soabout actively supporting what matters to them.

“They look at personal and professional interests as things representing them. If someone’s a big fan of sports, movies or science, they would like to contribute to these areas. Investments can be significantly influenced by their beliefs,” Moorjani said.

To better understand different generations or any cohort, it’s important to have sophisticated frameworks for leveraging insights from complex data sets. The Identity Applied Platform, which can create dynamic, real-time models, is one such solution that can give organizations, including wealth management firms, unprecedented visibility into these behaviors.

Moorjani said it’s important for wealth management advisers to home in on what these investments are helping to create – in ways that connect with the audiences. In a way, this part is as much about storytelling as it is investment. What matters to them? What story will connect with them?

1) Generational boundaries as defined by the Pew Research Center

Back to Insights
Back to top