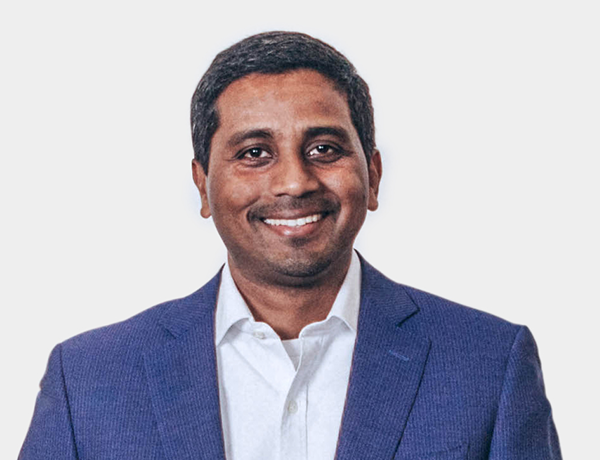 The following is excerpted with the permission of the publisher, Wiley, from “Digital Business Transformation: How Established Companies Sustain Competitive Advantage From Now to Next” by Nigel Vaz. Copyright © 2021 by Nigel Vaz. All rights reserved. This book is available wherever books and eBooks are sold.

What We Mean by Digital Business Transformation

This book uses the term “digital business transformation” rather than the shorter and more generic “digital transformation.” There is a good reason for this.

Four forces of connected change are causing companies to rethink everything about how their businesses operate:

As disruptive technologies and companies continue to raise consumer expectations, business environments (stretching from products and services to manufacturing and marketing) are constantly changing. Digital business transformation closes the gap between what consumers expect and what their traditional business models can deliver.

Digital business transformation is a journey that trumps its destination, a journey that asks businesses to reimagine and rapidly realize new ways of working and satisfying consumer expectations. It has a slightly different meaning for each organization and uses different tools to address the unique challenges of each business. Most important, digital business transformation could mean the difference between an organization surviving the next five years or not.

What’s particularly challenging for established businesses is that acquiring technological capabilities alone will not be sufficient to create the kind of moats you see surrounding the most successful digital companies. The competitive advantage of digital companies comes from their integrated set of capabilities, what they are able to create with those capabilities, and the cultural principles that underpin the systems that create their outputs. Digitally native companies consistently challenge established brands in platform business models, network effects, convenience, agility, and customer experience. These are the outcomes of their “digital moat” – the competitive advantage created through their digital capability.

While it is one thing to talk about the digital moats of digitally native companies, changing an established organization’s orientation to how they create value is incredibly daunting. One recent example is the Walt Disney Company’s launch of Disney+. Bob Iger, Disney’s CEO, had spoken about the importance and challenge of maintaining “relevance” and being open to disrupting yourself, even when that means changing some of the foundational aspects of what made you successful to begin with. With Disney+, the company disrupted the licensing, sales, and distribution of their most core asset: their content. To enable this new model, in 2018 Disney announced a reorganization of the business, placing the management of their direct-to-consumer distribution platforms, technology, and international operations under a single leader to support not only Disney+, but ESPN+ and Hulu through more connected technology, data, and experience capabilities. The integration of these capabilities surfaced greater customer insights that enabled more personalization and improved user experiences.

When Disney+ was launched in 2019, Disney projected it would have between 60 million and 90 million subscribers by 2024. However, by May of 2020, it had 54.5 million, accelerated by demand from the COVID-19 pandemic. By comparison, Hulu was reporting 31.2 million subscribers and Netflix reported 182.9 million internationally. During the 2020 Q2 earnings call, when the COVID crisis shut down revenue from its parks and cruises, Disney reported positive overall growth, much of which was attributed to the new Disney+ business model.

What Disney did was to launch a successful digital streaming business, which now increases its relevance. But that was also only one step in creating a competitive digital capability. Disney will be taking on the challenge of evolving their new subscription-based streaming service, the consumer content demands associated with the likes of Netflix, and creating an experience that reflects their brand and meets the expectations of consumers over time. From here on, Disney+ will need to nurture and support an operating model that will continuously evolve and create value over time.

Successful digital business transformation requires a different understanding of, and approach to, your strategy capability and the role it plays in your organization. It should guide your “where to play” and “how to win” but also how you determine funding, connect capabilities, and bring new products and services to the right market, profitably.

One of the first shifts your strategy capability must make is to move your organization’s primary strategic focus away from your competition and toward your customer: Are you meeting their needs consistently, and are you operationalizing that strategic shift? Your digital vision should connect the purpose you serve in a customer’s life to the solutions you can create from your digital capabilities.

"Your digital vision should connect the purpose you serve in a customer’s life to the solutions you can create from your digital capabilities."

Strategy should never sit isolated in a digital tower; in order to truly deliver on its potential in the transformation of your organization, strategy should be getting its hands dirty in a number of areas:

NIGEL VAZ is CEO of Publicis Sapient, the digital business transformation company, and a member of the Executive Committee of Publicis Groupe. Named by Consulting Magazine as a Top 25 Global Leader, Vaz leads a 20,000-strong company that advises some of the world's largest businesses on their transformation initiatives. Publicis Sapient clients include British Gas, Carrefour, Goldman Sachs, Lufthansa, Marriott, McDonald's, National Institutes of Health, Nationwide, Nissan, T-Mobile, and Unilever. He is a regular commentator in broadcast and print media including the BBC, Bloomberg, CNBC, CNN, The Financial Times, and The Wall Street Journal, and is an inductee of the BIMA Digital Hall of Fame.

“My purpose in writing this book is to help business leaders get past what can be the hardest part of any personal or enterprise transformation: the choices they make every day to move towards what will drive future success. Often, this will mean letting go of things that made us successful in the past, to make room for new skills, relationships, ways of working and opportunities.

I write from a practical perspective developed from decades of partnering with large, established businesses on how to take a holistic and multi-disciplinary approach enabled by digital and a particular set of capabilities. What I mean by digital business transformation (DBT) is this: rather than digitizing parts of the business or adding digital revenues as a stopgap, DBT is about becoming digital at the core to build and sustain customer relevance, maintain competitive advantage and protect from competitive risk.

This book focuses on the ability of businesses to drive two outcomes as a result of DBT:

I encourage you to reach out to me or our teams to discuss any aspect of your transformation, no matter where you are in your journey.” 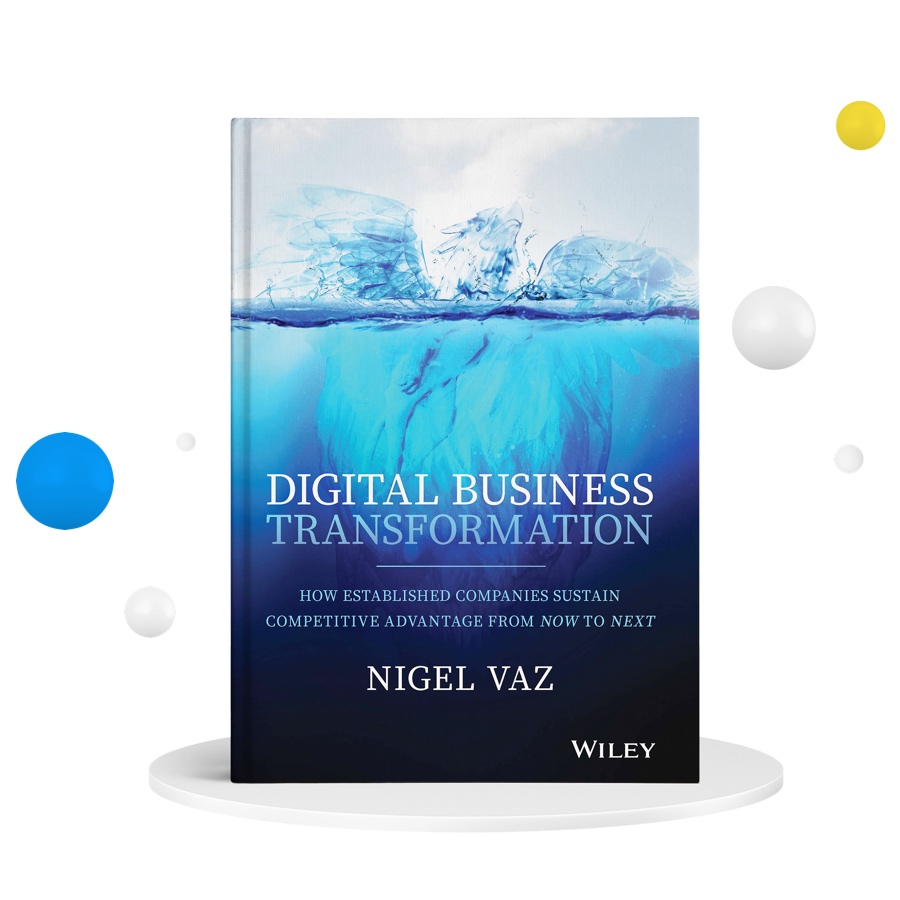 Get more strategic insights and practical approaches culled from 30 years of evolving to stay relevant.