Why Experience Is the Best Teacher 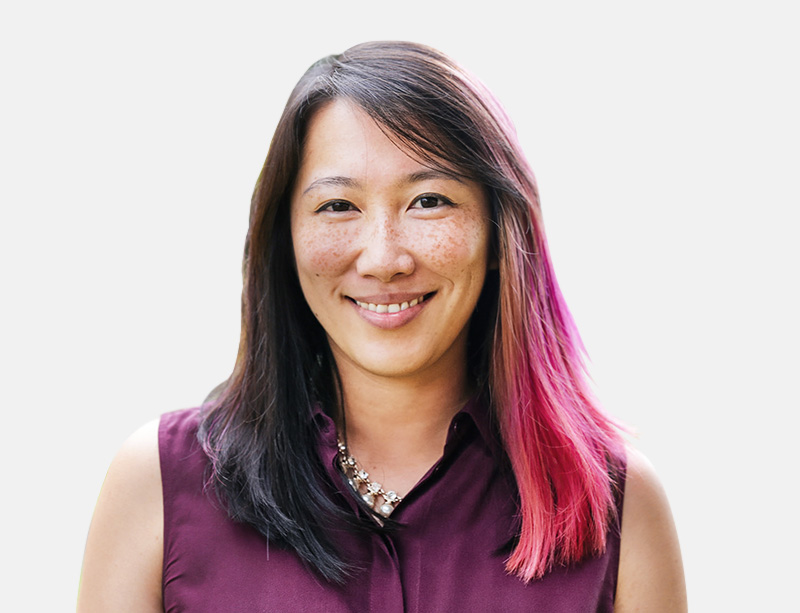 Wendy Johansson joined CXO John Maeda’s team at Publicis Sapient in August 2019 with a mission: To forge a design and technology partnership that can help build a digitally grounded future for our clients. Johansson, Group Vice President, Experience Transformation Lead, is based in San Francisco. On a recent trip to New York, Johansson sat with Barbara Chai, Director of Content Strategy, to discuss why she joined Publicis Sapient, how being Dataful is our differentiator, and the evolution of Experience.

When you and John Maeda discussed this opportunity, what did he say that convinced you to join?

For John, he's done so much in his career. He was very honest. He said, "I've had a good run with my career. And I don't have that many jobs left in my life that I desire to jump into. This is a time when I can take risks and fully support others."

For me, I didn’t want to work with Silicon Valley types on disruptive Silicon Valley problems. But I still want risk. The risk here is, we're coming into a big legacy. We’re coming into something that's very well-established. We're coming into an end-up that's like, “Hey, this is what we've done for 20 years. This is how it's worked for us and we're going to keep doing that.” And then you have the CEO who's calling for a new vision, and how aligned he is with John on that is amazing. That tells me that while we have this big old legacy of things we’ve done really well that we should maybe continue doing, Nigel [Vaz] is bringing this fresh perspective of a Digital Business Transformation future. He is personally bringing in John and they're aligned on that vision. It is a big risk to undertake this transformation, but the fact is, this risk is very much aligned from the top. It's a vision that they all have.

As you've traveled to Experience teams around the world, what has surprised you?

What surprised me is how despite being a mature, global company, how much more we could do to collaborate and exchange knowledge. I think we have so much power in not only the collective brilliance of the people we have on our team, but quite frankly, the trends in some countries that are so much more mature. Southeast Asia is the future when we're talking about fintech, in my opinion. They're willing to take so much risk despite the fact that when you think Southeast Asia, you don't think they’re the richest nations. But because of that recent economic maturity, there are not a lot of regulations and embedded habits that have been set around money. So with mobile payment, people are taking their cash and actually putting it into a mobile wallet that a giant telco created, a conglomerate that happens to own 50% of the country’s GDP. So they can buy everything with that telco’s fintech wallet.

Also seeing that in Europe, they're very mobile forward. In London, I was worried because I hadn't bought a Tube card yet. I actually was walking everywhere until my fourth day there, and I saw a friend who said, “that's really far to walk, are you sure we want to walk it?” I said, “I don’t have an Oyster card yet.” She said, “Well, you're an idiot. You can use your phone to pay with Google Pay.”

So I think those are the kind of trends that, not only does our Experience team know about in their countries, but they're living it. That can feed further innovation, further thought, further vision. For example, if you told us here, “Build a mobile wallet for the New York City market,” we're probably just going to come up with another basic credit card storing app with slightly different features. And then we go to another country and they've done 10 times that.

"Experience means something different in each office, I've learned." 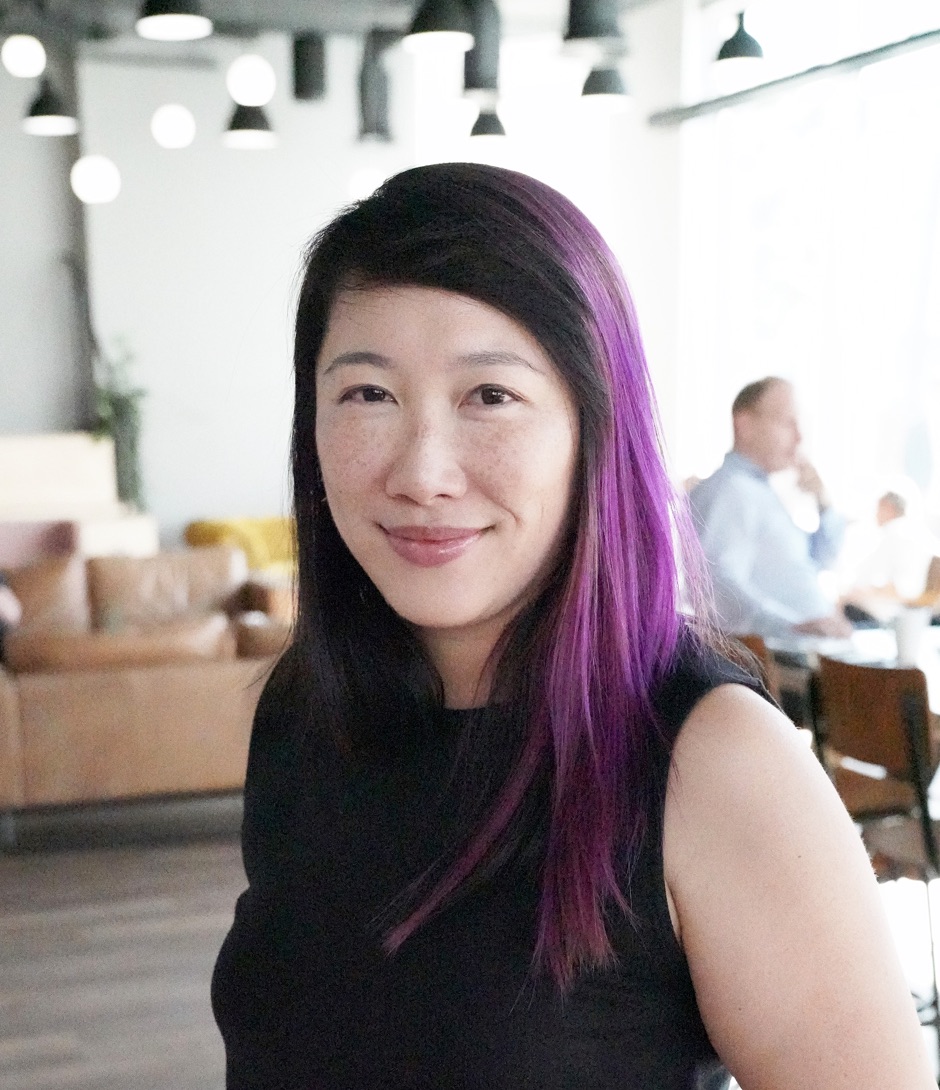 What has challenged you about meeting with all the different Experience offices?

Experience means something different in each office, I've learned. For example, the Nordics -- when we talked to them about ethical and conscious approaches to business, they are just like, “well, yeah, that’s society. In Denmark, we have a goal of 50% of our energy coming from windmill power by 2020.” When we talk about being ethical to our U.S. teams, they're still on “ethical equals sourcing sustainable materials and labor.” So, ethics mean different things in different countries. The challenge of that is in countries that are more mature, the Experience leads there have to educate us to bring us up to that same moral high ground. On our end, we have to be open and patient to engage, listen, and learn from different perspectives. I think that’s what Experience does really well -- empathy to understand each other’s opinions. Being able to share experiences, both culturally and personally, is really important to us creating the best global, inclusive experience for any of our clients.

You previously founded and led a start-up. How did that experience prepare you for this one?

Although by discipline I ran our UX and our Academy teams, I was probably the biggest sales partner. I was on the road over 50% of the time, traveling with our sales team since year two. I got to know our clients’ challenges, especially for the Software as a Service platform we were building originally. We were very focused on product management teams led by CPOs and CTOs. We introduced Digital Business Transformation by teaching big companies like Tesco how to build products rather than features, having a digital business strategy, product strategy, that kind of Silicon Valley product thinking. I ended up doing a lot of training and consulting with these teams on site to change their thinking. Just because you learned Agile, have a scrum master, and use a kanban board does not mean you know how to build products. We would start with product thinking: problem statements, hypotheses, validation -- which is exactly what we do in Experience. There is a very blurry line between Experience and product management, in my opinion.

So, all of that helped me understand how these non-tech, brick and mortar companies worked. They needed to go forward and do DBT. But also, I understood the difference between the buyer and the user. You're often sponsored by somebody very high up, “This is my team, it needs to go DBT, come and train them and build this product with them.”

But the teams’ reluctance largely comes from, “well if we DBT this, I'll become redundant. If I do this well, I'm probably not going to have a job, right?” A lot of people are thinking that. So it's in their interest as the user, the person that you actually work with day to day, to not do DBT, and to protect their roles and their silos. That’s very difficult. So, it has given me insight and empathy into the human factor of DBT.

How has your experience with both sales and training shaped your approach here?

I'm very sales driven. I understand that the bottom line revenue of the company is what matters. That conflicts with a lot of our Experience team who have asked, “This is very scientific, very data driven. Where's the emotion in it? Where's the Wow?” I get that. The CTOs, CIOs, CMOs we're selling to get that "Wow" factor. But the thing is, that is not what sells their budget.

They want to know that this experience to them, this design thing that we're bringing in has business value, and how do you quantify that business value? Because if we cannot quantify it to them, they cannot quantify to their boss and get that budget. And it's as simple as that. At the end of the day, having been a venture-driven startup, having to report monthly to the board about our P&L, that quantification is very top of mind for me.

So how do you help quantify that value for clients?

With the LEAD framework, we can do an assessment tool and help clients see how Light, Ethical, Accessible and Dataful they are with their Experience. Right now, it's almost like an heuristic evaluation, which will tell you the state of your UX. Then we can tell the client in a proposal or a concept or prototype, “This is where we can take it further. This is how it's going to improve your Experience in these ways.” Even “this is how you benchmark against other competitors in your industry, but also against all tech.”

Running and creating those benchmarks will change our future. Leah Buley’s working really hard on that. She developed the design maturity index at Invision. She's the master of this. That combined with John's Design in Tech, now CX in Tech Report? We are going to create some magic here. We are going to create the new industry standard of what Experience is.

"With the LEAD framework, we can do an assessment tool and help clients see how Light, Ethical, Accessible and Dataful they are with their Experience."

What are we uniquely positioned to do from a CX perspective with John, you, and Leah leading the team?

When people look at us, they may say, “You're not in the Big Four. You're not from consulting. What can you do for PS?” You look at John and think, “He's an industry legend. I see why we brought him in.” When you look at Leah, she was at Invision, she's been a Forrester analyst, and was at Adaptive Path back in the day when they were a UX powerhouse. When you look at me it's like, “This woman has not been in big or relevant companies to our business." I haven't been in the big consultant businesses. I started my own company. I built a product company and consultancy. We don't seem like your typical kind of candidate for this role in this company.

I think that's exactly it. Nigel has a vision of change, and to bring change you need to bring different people with different perspectives. Even us calling it Experience here, other companies in industry are still just catching up on calling it CX instead of UX. They're just getting to that point. So now we're calling it Experience and you need to lead the industry with that and we have to have different perspectives to have that credibility. We want to be able to impact all those markets by having that diverse profile and diverse thinking. And quite frankly, I'm going to call it -- there are zero white males on this team right now. I think that not only offers a different point of view, but also inspires other people.