The metaverse is evolving, and it’s primed for retail. Here’s how retailers can integrate the metaverse and Web3 into their e-commerce strategies over the next decade.

Whether or not the “metaverse” or “Web3” are part of your strategic business plan, these contemporary concepts are dominating discussions on the future of retail. And more importantly, offering exciting new experiences for retail consumers.

In basic terms, the metaverse is a vision of our physical world, completely online. Think of a brick-and-mortar retail location combined with an online e-commerce store all in the same virtual reality. While it’s often used synonymously with the term “Web3” (aka “Web 3.0”), their meanings are different.

Web3 refers to a future, decentralized iteration of the World Wide Web, while the metaverse is a network of virtual worlds meant to be explored and with which you can interact. Most likely, the still-evolving, blockchain-based Web3 and the metaverse will coexist and build upon each other, both relying on concepts like cryptocurrency and non-fungible tokens (NFTs).

So, how will retail experiences play out in the metaverse or Web3? Brands are still figuring it out.

But even in these early days, the industry has already seen several evolutions of new digital worlds, each with interesting revenue opportunities for retailers.

For starters, many retailers are observing online gaming as evidence of the metaverse’s potential for community building and revenue.

In the gaming universe, virtual worlds aren’t so novel, and some brands are using well-known games as a way to jump in.

Some of the most popular online games that operate in these interactive, 3D worlds thus far are “Fortnite,” “Minecraft” and “World of Warcraft,” which attract between 80 million to 140 million monthly active users, respectively.

While the core of these expansive virtual worlds is gameplay, users are now attending live concerts, socializing and purchasing digital products regularly.

“Fortnite” generated $5 billion in revenue in 2021. Brands as diverse as Marvel and Burberry are already operating in these worlds and even creating their own—and generating millions of dollars while doing it.

These online worlds also interact easily with the future of digital assets and financial technology: cryptocurrency and NFTs.

The next phase of the metaverse, beyond these games, involves larger game networks. The most popular is called Roblox.

Roblox, unlike “Fortnite,” is not a singular game. It’s a digital world that hosts millions of different games created by users and brands. Its associated digital currency, called “Robux,” can be converted into real money and used to buy different assets on all the games that Roblox hosts.

Other similar game networks include Decentraland and Second Life, the former of which is known for massive digital real estate transactions and a highly publicized virtual fashion week.

Finally, the evolutions of the metaverse still in their retail “infancy” are virtual reality (VR) and augmented reality (AR) platforms. These two different technologies combine the physical and digital worlds for consumers. Think of the Oculus 3D headset for VR and the Pokémon Go application as an example of AR.

Metaverse worlds built on AR, such as Oculus VR and Magic Leap, are likely several years from achieving critical mass. They are interesting platforms for experimentation but haven’t yet generated as much meaningful revenue for retailers as games or gaming networks.

Six widespread benefits of retail in the metaverse

While every retailer has different motivations and opportunities in the metaverse, there are six widespread benefits to exploring this new frontier:

The next two generations of consumers are eager to organically encounter their favorite brands on these new technologies as they simultaneously socialize and explore.

2. Early metaverse talent and expertise
By investing in a metaverse store or game early on, retailers can start to build their future talent pool and grow it over time.

Regardless of the ultimate winners and losers of the specific platforms, retailers will be looking for expertise and engineering talent who can build and maintain 3D assets and digital stores in the metaverse.

The metaverse has the potential to be a complementary purchase channel for retailers in as soon as three to five years.

Gen Alpha grew up on “Fortnite” and Roblox, and they will continue to spend time in these worlds and the spaces they evolve into. Brands are looking for more opportunities to sell digital and physical goods through these channels.

Retailers can take their most popular digital designs and manufacture them for physical use, with the metaverse serving as a bridge between online and physical revenues.

One immediate use case we’ve seen for apparel retailers is the launch of new or high-risk digital designs solely in virtual form for use with avatars.

These clothing pieces, or “skins” as they’re often called, generate revenue. They can also serve as walking/flying/running advertisements in the digital world.

The metaverse offers a new platform for giveaways, limited-edition products and special events, which have long been marketing table stakes in retail.

Now, these opportunities can take place virtually, and these products can take the form of NFTs, a potential revenue opportunity that many retailers are beginning to explore.

The metaverse is a clean slate to position brands for Gen Z and Gen Alpha, the next generations of desirable consumers.

For many leading apparel retailers, their brand is their single largest asset, and virtual worlds are new potential arenas to show it off.

While it’s certainly beneficial to embrace the metaverse on a broader, theoretical level, these are four concrete actions some retailers are taking to get started in the 3D digital world:

New technology is making it simpler for retailers to accept cryptocurrency on their websites and in stores.

For example, NCR’s LibertyX partners with restaurants and other businesses to accept digital currencies, like Ethereum and Bitcoin, online and at cash registers at physical locations.

Many retailers are approaching this looming virtual reality with long-term strategic planning. Regardless of a company’s specific retail initiatives, this new frontier will require unique talent, skills and capabilities that will take time to build.

Companies will create value for consumers in the metaverse in different ways, and they can begin developing a unique strategic plan for their future now.

Similar to the early e-commerce days, having a metaverse lead or, instead, Web3 lead, can be useful to focus organizations on specific use cases. GameStop and YouTube are two corporations among many that have listed leadership positions dedicated to Web3 oversight.

Most of the metaverse is built on 3D models, so creating models of top-selling products is one way to begin transforming customer experiences to fit the digital world.

Whether these models exist in the metaverse or an e-commerce site, seeing how consumers engage with 3D experiences can generate inspiration for future projects.

The metaverse represents an entirely new channel, with a new set of rules, users and opportunities for brands and retailers. At some point, virtual reality spaces will be as mainstream as e-commerce for retailers.

While the industry certainly isn’t there yet, there are still plenty of opportunities to explore innovative technology, build a brand and create exciting experiences for consumers. 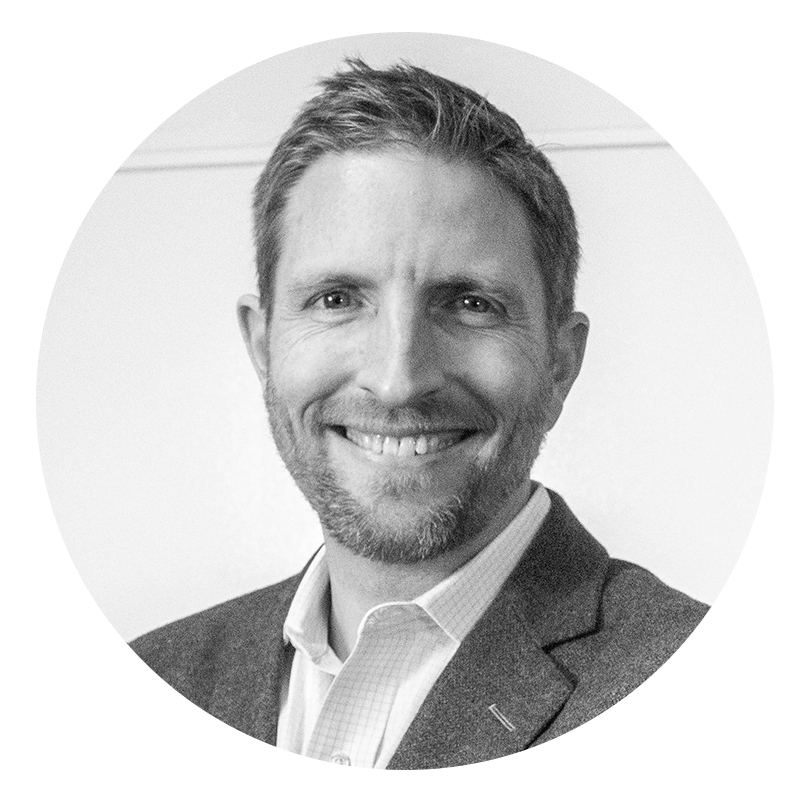 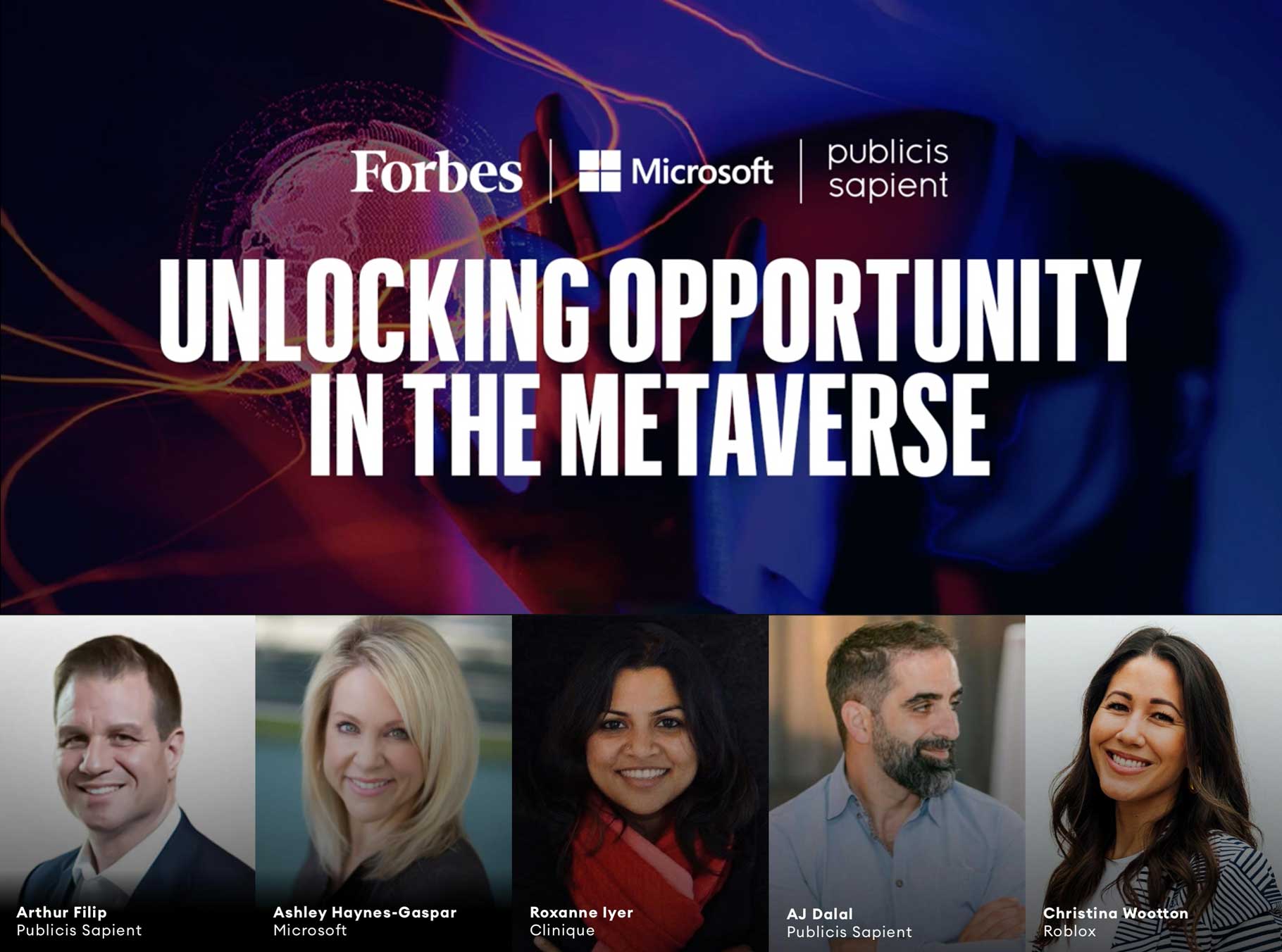 The Metaverse: How to Get Ready for It?

Brought to you in partnership with Microsoft and Publicis Sapient, business leaders discuss how to formulate a roadmap for metaverse-readiness, from delivering a truly connected customer experience to linking the metaverse to a digital place where people can live and do real-life things. 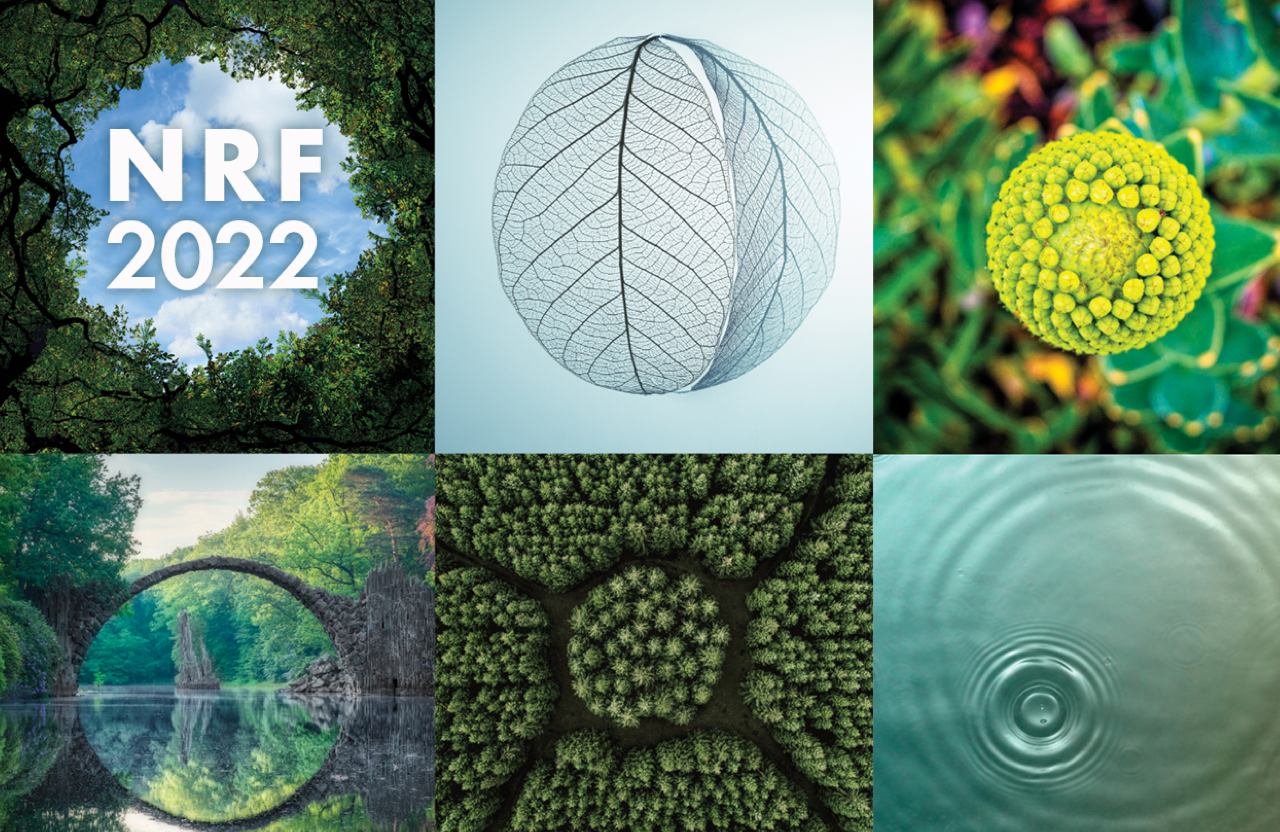 NRF 2022: Sustainability Trends, the Metaverse and What it Means to be Brand Loyal

Publicis Sapient was on the scene at NRF’s Big Show 2022. Explore our key takeaways and what’s next in Retail.