The Catch-22 of the Electricity Bill 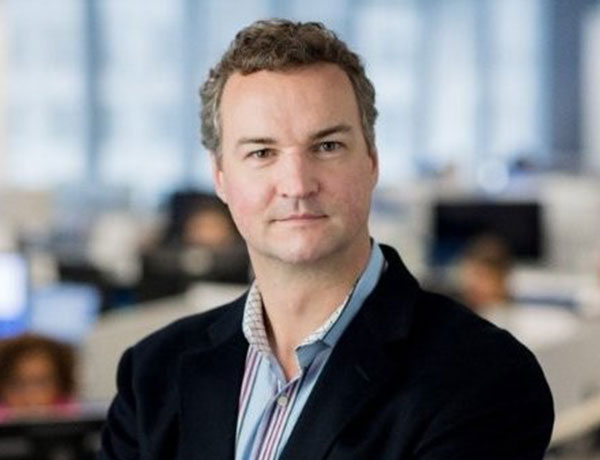 Governments and utilities need to pay attention in the current global anti-establishment environment. Driven by increased energy efficiency and the relocation of electricity-intensive industries, electricity demand and consumption has steadily declined in many developed markets during the last decade, according to the International Energy Agency (IEA). Yet middle- and working-class households, as well as small businesses, are spending more of their income on regulations and aging infrastructure compared to their parents’ generation. This economic reality is driving frustration among consumers, who will challenge the status quo—one that was built by and around utilities. The Brexit vote and US presidential election made the political ramifications of consumer frustration apparent. That’s why utilities, governments and regulators need to reform their business, policy and regulatory mandates with the consumer as a central driver for change.

Historically, energy providers have operated in a monopolistic and often regulated cost-plus environment.  They’ve focused on safety and reliability with their operations driven by an engineering mindset. Over the past few decades, customer frustrations have created a deregulation backlash.  In a very real sense, the meter itself was the customer with little incentive to understand the person or business behind it. Utilities directed significant investments toward building generation, transmission and distribution assets, which were typically recouped from consumers over decades. These infrastructure investments now represent a substantial portion of an individual’s energy bill and cannot be influenced by the consumer’s efforts to conserve energy.

New technologies and a changing landscape for power consumption are quickly creating a bill that drive customers to find alternative solutions, such as:

These factors and the accompanying regulatory costs—often invisible to the consumer—increase the fixed cost burden on the final bill. What’s more, globalization and automation compound the problem, redistributing wealth away from the working and middle class. With disposable income shrinking, consumers in many markets are spending a greater portion of it on their energy bills for reasons they do not understand. As a result, consumers are finding and demanding access to affordable technologies that could help to reduce their energy bills. They feel powerless against utilities in a world otherwise dominated by customer choice.

A threat and an opportunity

Existential threats can come in multiple forms, such as new competition and new business models. For energy providers, the key changes in their ecosystem are driven by innovation (e.g., electric cars) and customer expectations established by the likes of Amazon, Uber and Apple. Success in this new ecosystem will require utilities to shift from large capital projects to a customer experience orientation, and will also necessitate the ability to build partnerships to deliver new services that meet customer expectations. For example, think about the move from the traditional Detroit automakers to Tesla and Uber.  Customers are looking for access to radically new technologies and also challenging the concept of owning a car at the same time.  Utilities may be look at a future of providing ideal security and climate inside a home rather than charging for electrons.  As utilities adapt to unfamiliar environments, many are forced to rethink the fundamentals and reshape their conventional business models by examining the following:

Active engagement between utilities, governments, regulators and consumers is required to overcome the frustrations that result from legacy thinking. Utilities will need to lead efforts by influencing these stakeholders and transforming their organization to:

The advancements in data sciences and technology make it possible to have a conversation with millions of customers at a personal level, delivering value and influencing behavior. Utilities can take advantage by providing seamless, intuitive and even subconscious engagement to better support customers during every stage of their life. The timing is right for utilities to transform, but how should they do it?

Utilities can start by aggregating data and leveraging analytics to better understand the consumer through studying their behaviors. Techniques to truly comprehend and classify the consumer have evolved from demographic and sentiment to behavioral to moments. Businesses today have an unprecedented view into the life of consumers and utilities have a unique view of energy consumption behavior. Partnership should be evaluated for the perspectives they bring about each individual.  For example, a popular fast food restaurant chain is the next stop for six in ten customers who visit Lowes or Home Depot. Derived by correlating several streams of data, this insight can help a popular fast food restaurant chain make decisions, such as identifying new store locations. Imagine the power of using similar insights to help electricity consumers reduce their bill by shifting consumption to off-peak rates and identifying key life changes (for example, renting an apartment, moving into a new house, going on vacation or retiring) with seamless service offerings. Another example that represents an investment in future energy literacy is engaging kids through gaming techniques in a fun and educational way. Understanding the customer will identify and unlock opportunities for the utility.

Partnerships are another way through which utilities can create additional value-added services for customers without a corresponding increase in investment. For example, through its AppStore, Apple created a platform for collaboration that drives significant consumer value. Currently, there are over two million apps being sold on the AppStore, enabling vendors to meet the needs and address the interests of hundreds of millions of users worldwide. Imagine a smart energy marketplace driven by the utility in partnership with appliance manufacturers, service companies, and local communities. This type of partnership would shift focus to the consumers by providing a choice and making solution that fit their lifestyles.

Current experiences between utilities and their customers are fragmented and largely driven by physical bills and call centers. Utilities need to define their optimal consumer experience and the touchpoints to support it. For example, Amazon provides the ability to shop, reorder, relax and be informed through the web, TV, Echo products, watches, and even it’s delivery service.  Imagine if a utility could provide relevant service information, such as hourly cost impacts of weather or the bill impact of each household appliances. What if the utility could provide an outage alert to restaurant owners to help them save their refrigerated perishables based on monitoring the power draw from their refrigeration units.  In that instance, the utility ceases to be merely an energy provider and becomes a true energy advisor and partner. This requires careful thought in defining a model that is flexible to support a wide range of households and small businesses, from high- to low-income.

Faced with rising costs, declining usage and customers that expect better, energy companies must look beyond their current business models. Most industry leaders understand the need for transformation, but many are just beginning to explore how best to get started. The risks of not getting it right, coupled with data privacy concerns and an employee base that is ill-equipped to drive change, create the feeling of an insurmountable task. However, these industry challenges present a unique opportunity for energy companies to change their culture from one that is product centric to a customer experience centric model. Doing so has the potential to reposition the consumer from an adversary to an advocate. The steps proposed in this article cannot change the economic realities that consumers face today. They are nonetheless powerful and necessary steps that will empower consumers and put the utilities on the path to transformation. Energy companies that move quickly and capture the moment will shape the future, leading regulators to favorable frameworks and earning the trust and loyalty of consumers and investors alike.